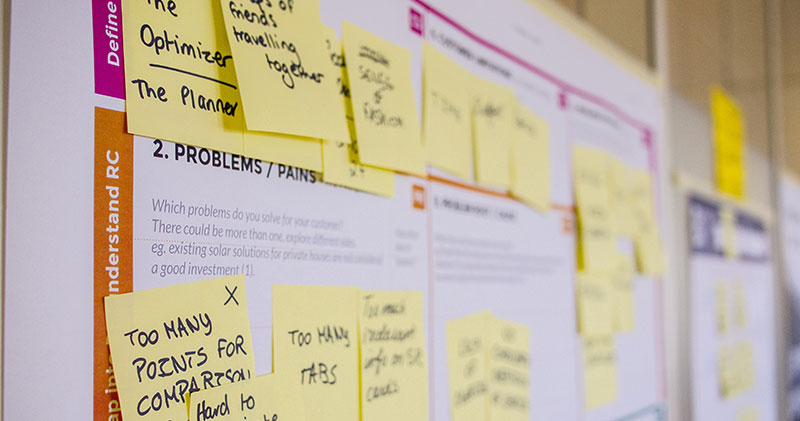 It is par for the course that when a dispute arises in a commercial setting, the first thought for most people is litigation. The media loves to report on drawn-out court cases, and Hollywood turns out endless movies and TV shows detailing the dramas of courtroom life.

Increasingly, however, parties engaged in a commercial dispute will at least consider mediation as a means of resolving their dispute.

As with any decision, there are advantages and disadvantages on both sides, and the parties will need to work together – as best as they can – to decide if they are willing to participate in commercial mediation rather than immediately commencing litigation.

In some circumstances, the court will order commercial mediation before the matter can properly proceed to litigation.

When that occurs, while the parties may have been ordered to attend mediation, the mediation process itself will undoubtedly fail if both parties are not committed to participating fully and in an open and honest way.

Before you dive in, keep these two points at the forefront of your mind: –

The Advantages of Commercial Mediation

During a commercial mediation, the parties are expected to take the role as active problem solvers and work together to reach a solution that is acceptable and beneficial to both parties.

This is a much more active and involved role than parties typically experience in a courtroom setting, where – unless a party is called as a witness – the legal representatives and judicial officer completely take over the proceedings.

A decision made during commercial litigation could come as a complete surprise to one or both parties and generally involves a “winner” and a “loser”.

A successful litigant is one who can poke holes in, find weaknesses in, and ultimately tear apart the arguments and evidence of the other party: not a conducive environment in which to build a cooperative business relationship.

Mediation, on the other hand, is designed to put relationships first. In a way, mediation aims to resolve a particular problem while maintaining – or even strengthening – the relationship between the parties.

As a collaborative endeavour, parties to a mediation who participate freely and openly inevitably find themselves working together, putting the needs of the other party as high as their own.

The mediator assists in this endeavour, ensuring that both parties have an equal opportunity to be heard and that all discussions are appropriate and respectful.

One of the most obvious advantages of mediation is cost.

The cost of litigation can easily blow out beyond anyone’s initial estimates and is often the case that the party with the deepest pockets will ultimately be successful in litigation simply because they can afford to prolong the matter long after the point at which the other party has run out of money.

Not only does commercial mediation cost a fraction of the price of litigation, but its costs are fixed in advance and can be budgeted for.

Strict rules about privacy and confidentiality are fundamental to the commercial mediation process. This can be contrasted to litigation which – except for very specific exceptions such as matters concerning children – is conducted in an open courtroom setting, and which become matters of public record.

It is this strict confidentiality that provides one of the most important advantages of commercial mediation, allowing parties to show their hand, so to speak, without fearing that disclosures made can later be used against them.

Information, emotions, and ideas can be freely exchanged between parties, as they work together to find a mutually beneficial resolution to the conflict.

Without this freedom, parties would surely be wary of disclosing information that would otherwise prove embarrassing or cause a commercial disadvantage were it to be made public knowledge.

The confidential nature of commercial mediation is one of the primary reasons why mediation is an excellent means of dispute resolution when the parties hope to continue working together in the future.

The Disadvantages of Commercial Mediation

A criticism of mediation is that, because there is no clear “winner” or “loser” to a commercial mediation, no costs are ever awarded. On the other hand, the winning party to commercial litigation can make an application for the losing party to pay – or at least contribute to – their costs incurred in running their matter.

Parties pay their own way in a commercial mediation setting, and this cost may be felt disproportionately by a large multi-million-dollar entity compared to a struggling small business or sole practitioner, for example.

It should be borne in mind, however, that there is no guarantee that costs will be awarded in a litigation setting.

Worse, there is always the chance that the financially disadvantaged party could lose during litigation and have costs awarded against them – that is, be ordered to pay the other party’s costs.

Not All Facts Uncovered

While parties to commercial mediation will prepare and present their evidence during the mediation process, no witnesses are ever called during mediation. This can mean that evidence that might otherwise have been exposed in a courtroom setting may never see the light of day if the matter is resolved by way of mediation.

When parties to a commercial dispute leave their matter in a court’s hands to decide, the result will be a clear winner and a clear loser. In a general sense, one party gets everything they want while the other party gets nothing.

Given that the aim of a successfully negotiated outcome under mediation is a solution that benefits both parties, it can be argued that one party – the party who would otherwise have “won” the matter in court – would lose out on some of what they otherwise would have gained.

If at mediation, the parties agreed to a 50-50 split, then the party that would have won in Court has arguably lost 50% of what they otherwise would have had.

While this seems inequitable on the face of it, it must be remembered that litigation aims to enforce the legal rights of the parties, while mediation aims to meet the needs of both parties. Legal rights and needs are not always the same.

During mediation, both parties air their grievances and make suggestions about how their needs can be met. The best outcome from commercial mediation is one which recognises and addresses the concerns of both parties, and which meets the needs of both parties – putting the concept of “need” higher than that of “legal right”.

In many instances, parties to a commercial mediation will come up with a creative solution that simply would not have been possible during litigation.

Or No Outcome at All

Of course, one of the main differences between mediation and litigation – and what is often touted as the biggest disadvantage of mediation – is that it is not guaranteed that a result will be reached or that the matter will be resolved.

Once the matter has been commenced in court, as long as it is not discontinued by either party or settled out of court, the matter will eventually be resolved. This may take many years, but the parties can rest assured that a resolution will be reached.

Commercial mediation, on the other hand, can potentially finish without the parties reaching any kind of agreement. From there, the parties must find another way to resolve the dispute and may find themselves commencing litigation anyway.

While it can be argued that the unsuccessful mediation was a waste of time and resources, it could equally be argued that it was an endeavour worth pursuing on the chance that the parties may have been able to agree.

Additionally, having prepared their case, position, and evidence for mediation, the parties will be at least partly prepared for litigation, arguably reducing the amount of additional work needed to prepare their matter for court.

In the business world, you’re constantly required to weigh up various options and choose the best course of action for your circumstances. When a commercial dispute arises, you can proceed directly to litigation in a courtroom setting, or you could opt to attempt commercial mediation first.

Much will depend on the circumstances of your dispute, along with both parties, willingness to participate fully in the mediation process. Consider the above advantages and disadvantages of commercial mediation when deciding whether this form of alternative dispute resolution could help you resolve your business dispute in an efficient and cost-effective way.